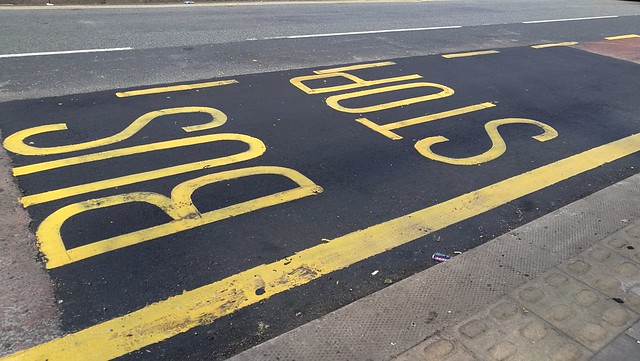 Bus users and local business have raised objection to the unexpected suspension of bus stops outside Northfield Shopping Centre in Bristol Road South.

The bus stops were decommissioned on 1st October as part of a 6 month pilot scheme aimed at improving travel times on bus routes.

Users who previously used these stops on the 29, 39, 39a and X61 routes, are now asked to use the stops outside Boots.

Northfield Business Improvement District (BID) and Northfield Shopping Centre have opposed the closure on behalf of their customers. They have launched a petition calling on Transport for West Midlands to suspend the pilot and reinstate the stops immediately, saying that: “The lack of accessible consultation has already caused a nuisance for customers leaving the Shopping Centre, in particular those with differing needs and abilities.” Sign the petition

Service user, Angie Reynolds said: “The decision to remove these bus stops hasn’t taken into account the views or needs of people who live, work and shop in the area. To have done this without any warning or consultation is very inconsiderate.

“It seems particularly unfair on the elderly and the vulnerable who may not realise the changes until they find themselves stranded at the roadside. I would urge everyone who is affected, or knows someone who might be – to log a complaint directly with TFWM.”

You can have your say on the suspension of the bus stops (reference numbers 610441 & 610409), for or against, by emailing your views to customerservices@tfwm.org.uk

If you oppose the suspension, you can also sign the petition online